Poems About the Movies 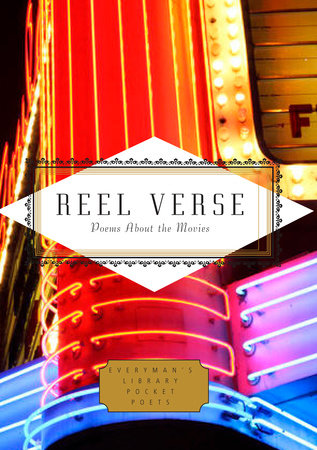 A unique Pocket Poets anthology of a hundred years of poetic tributes to the silver screen, from the silent film era to the present.

The variety of subjects is dazzling, from movie stars to bit players, from B-movies to Bollywood, from Clark Gable to Jean Cocteau. More than a hundred poets riff on their movie memories: Langston Hughes and John Updike on the theaters of their youth, Jack Kerouac and Robert Lowell on Harpo Marx, Sharon Olds on Marilyn Monroe, Louise Erdrich on John Wayne, May Swenson on the James Bond films, Terrance Hayes on early Black cinema, Maxine Kumin on Casablanca, and Richard Wilbur on The Prisoner of Zenda. Orson Welles, Leni Riefenstahl, and Ingmar Bergman share the spotlight with Shirley Temple, King Kong, and Carmen Miranda; Bonnie and Clyde and Ridley Scott with Roshomon, Hitchcock, and Bresson. In Reel Verse, one of our oldest art forms pays loving homage to one of our newest—the thrilling art of cinema.