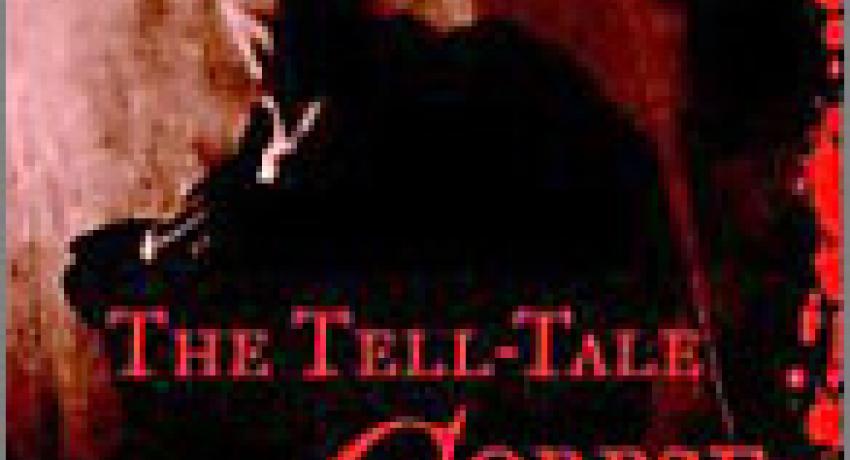 The Tell-Tale Corpse begins as Poe pays a visit to his old friend P. T. Barnum, who implores the wordsmith to travel to Boston to secure for Poe’s wife an urgent medical cure–and to acquire some particularly garish crime-scene evidence for Barnum’s popular cabinet of curiosities, the so-called American Museum. The crime in question is the recent butchery of a beautiful young shopgirl. Once in Boston, Poe makes an immediate deduction: The sensational murder is only one in a string of inexplicable killings–the center of a single, shadowy pool of deceit and ghoulish depravity.

Several deaths later, Poe finds himself leading a frantic investigation, with the assistance of a highly unusual girl named Louisa May Alcott, who has literary ambitions of her own–and whose innocence belies her own fascination with the dark side. As his wife’s health falters and a city panics, Poe pursues a strange circle of suspects. He must now see what others cannot: the invisible bonds that tie together seemingly unrelated cases–and the truth that lies behind a serial murderer’s ghastly disguise.

From a cameo by the narcoleptic Henry David Thoreau to a charming portrait of the four Alcott sisters at home in Concord, The Tell-Tale Corpse brings to life nineteenth-century New York and Boston and a world of intellectuals, charlatans, discoverers, dupes, daguerreotypists, and amateur morticians. As Poe comes closer to unraveling the fiendish riddle, the poet must admit at last that he is up against a fellow genius–a genius not of words but of death.